Filmmaker Guneet Monga who has produced Bafta nominated and Oscar winning productions is tying the knot in December 2022 in Mumbai, with an extended celebration in Delhi 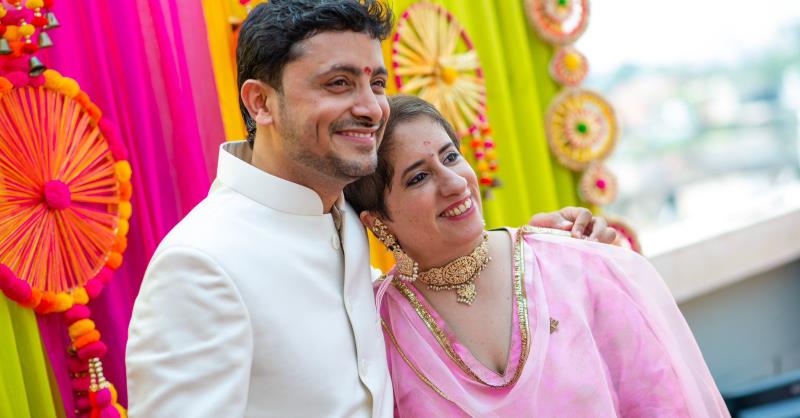 In June 2022, the Oscar winning film producer staged her wedding with Sunny Kapoor, a Delhi based businessman, a few weeks after their engagement in April, since Sunny's grandmother was diagnosed with cancer and her health started deteriorating. Though Sunny's grandmother passed away a few weeks after their 'staged wedding', the couple was happy that they could plan this for her.
Celebrations are just beginning for Guneet Monga. The Delhi-born filmmaker is finally going to tie the knot with her beau and fiancé Sunny Kapoor next month. The couple is going to have a Mumbai wedding on Dec 11 and 12, which will be followed by extended functions in Delhi on December 16. Since both Monga and Kapoor are Punjabis, the guests can expect a big fat Punjabi wedding with naach-gaana, a fun filled mehendi and sangeet ceremony.
Guneet said, “Having once staged a whole wedding for Dadi ji we are now set to tie the knot in real life. Though I was born and brought-up in Delhi, my whole life is now in Mumbai - my ‘Karma Bhoomi’. I have found friends like family here. All the ceremonies will be in Mumbai with a reception in Delhi. Ever since I was 18, I wanted to get married and finally met Sunny last year on a dating app!” She further adds, ‘I am so grateful to have found a family that is so loving and giving. Since I lost both my parents at the age of 23, I have dreamt of having a big family and I am so excited for that dream to come true. Can’t wait to end the year with a big bang.”
For people who are wondering who is the man who made Guneet go head-over-heels in love, Sunny is a Delhi-based businessman and fashion entrepreneur who owns a company named Meenakshi Creations. The company established by his father in 1990 is into manufacture & retail of women’s ethnic & fusion wear in Delhi. In Guneet’s words, “One of the best things about Sunny is he is an extremely simple and loving man. He is my biggest cheerleader as well as the biggest critic. Even though I have only met him last year, I can surely say I'm marrying my best friend.” Guneet and Sunny’s wedding hashtag is #GunSung.
Guneet, who was an executive producer of the documentary Period. End of Sentence also won the Academy Award for Best Documentary Short Subject in 2019. Her production company, Sikhya Entertainment, has also backed some of the critically-acclaimed films such as Gangs of Wasseypur, The Lunchbox, Masaan, Zubaan, and Pagglait.
Tags : Sunny Kapoor