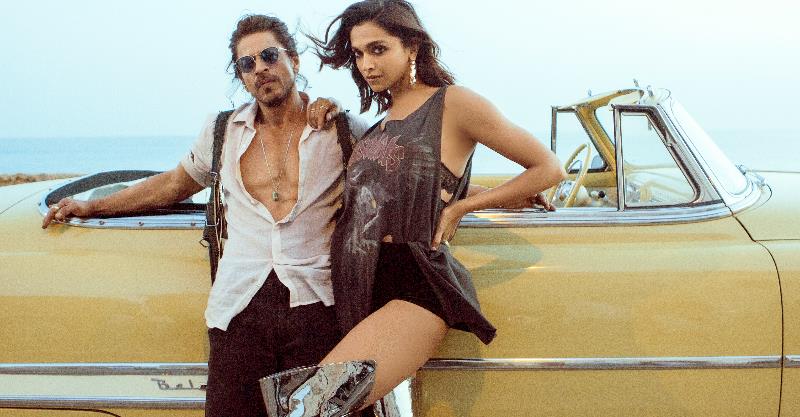 Pathaan is India’s biggest ever action spectacle for audiences. The visually spectacular Yash Raj Films’ action extravaganza, Pathaan, is a part of Aditya Chopra’s ambitious spy universe and has the biggest superstars of the country Shah Rukh Khan, Deepika Padukone and John Abraham in it. Directed by Siddharth Anand, the adrenaline pumping, visually extravagant film is set to release on Jan 25, 2023 in Hindi, Tamil and Telugu. The makers today dropped the first look of the second song from the film, Jhoome Jo Pathaan featuring Shah Rukh Khan and Deepika Padukone looking drop dead gorgeous!
About the song that breaks on December 22nd, Siddharth says, “Jhoome Jo Pathaan is an ode to the spirit of Pathaan, played by the inimitable Shah Rukh Khan. The song embodies the personality traits of this super spy Pathaan who has irresistible swagger that is infectious. His energy, his vibe, his confidence can make anyone dance to tunes.“
He adds, “The song features Shah Rukh Khan and Deepika Padukone. The song is modern fusion Qawaali and is a celebration of Pathaan’s style and panache. It has been a while since we have seen SRK groove to music and we are hoping that people will love seeing their favourite superstar shake a leg with an attitude to kill for.”
Siddharth further says, “Jhoome Jo Pathaan also features Deepika Padukone who is again looking a million bucks. Their combination is electrifying on screen and this song is a treat for everyone across the world who love SRK & Deepika as their favourite on-screen pair.”
SRK and Deepika are one of the biggest on-screen pairings in the history of Indian cinema given their epic blockbusters Om Shanti Om, Chennai Express and Happy New Year.
Tags : pathaan Siddharth Anand Shah Rukh Khan Deepika Padukone