Gajraj Rao, Madhuri Dixit and others talk about their experience of working in Maja Maa 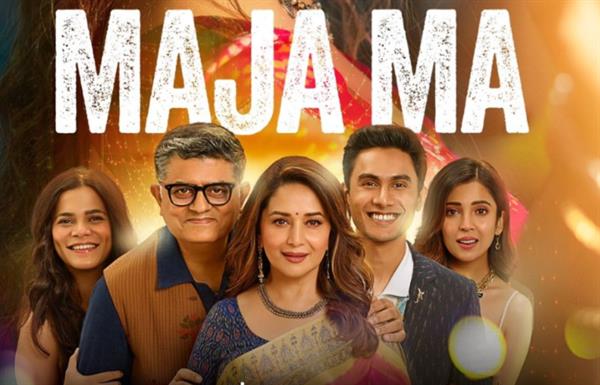 Madhuri Dixit has announced her next film Maja Maa. The film will have direct digital release on Amazon Prime Video, which will mark the actress’ debut on the OTT platform.
Maja Maa is a warm, funny story set in Baroda. It will tell the story of a loving mother who unwittingly becomes a hurdle to her son’s marriage plans and contests societal norms. The film will be produced by Leo Media Collective and Amritpal Singh Bindra. It is written by Sumit Batheja. Apart from Madhuri, the film will also see an exciting ensemble cast featuring Gajraj Rao, Ritwik Bhowmik, Barkha Singh, Srishti Shrivastava, Sheeba Chaddha, Rajit Kapur, and Simone Singh.
Madhuri added, “I am so excited to share this film with my fans and audiences. Working with the cast and crew of the film has been a lovely experience. I am thrilled that Prime Video is taking Maja Ma to audiences worldwide. This piece of our heart, our hard work, will find love with audiences looking for heartfelt storytelling everywhere in the world.”
Gajraj Rao Said, “You will see me play a middle-class man, a father to young adults and husband to a loving wife, in Maja Ma. However, as you watch the movie, the character traverses through some interesting, sometimes challenging, not to mention unexpected situations in his life. Working with the whole team – Madhuri Dixit, all cast members and the creators – was a great experience. I am quite sure the audiences will love the movie. I am really looking forward to seeing the audience reactions as the movie gets a global premiere across 240 countries and territories with Prime Video.”