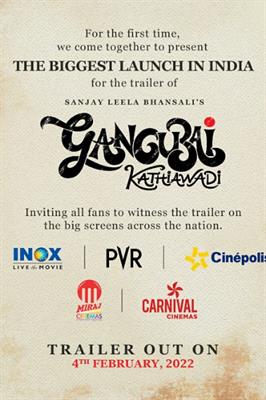 These cinema chains will launch the trailer across all their screens PAN India in presence of fans and moviegoers.

Produced by Sanjay Leela Bhansali and Dr. Jayantilal Gada (Pen Studios), the film is all set to release theatrically on 25th February, 2022.