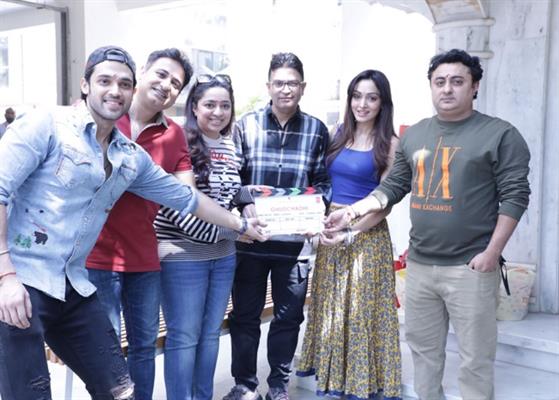 The iconic Jodi of 90s, Sanjay Dutt, and Raveena Tandon are pairing together yet again for this comedy flick. Alongside this entertaining duo, the film also features Khushalii Kumar and Parth Samthaan.

Raveena Tandon and Sanjay Dutt are the hit duo of the 90s who knew how to set the screens ablaze. With this film, the duo rekindles the spunk of their on-screen chemistry that got the town talking. Through the extensive prep and workshops, the crew can’t stop raving about how effortless the chemistry between them is.

The makers of the film took to their social media platform to share glimpses from the mahurat puja along with teaser video.

Also Read :JANHVI OUT-KIARA ADVANI IN FOR VIJAY DEVARAKONDA'S NEXT?