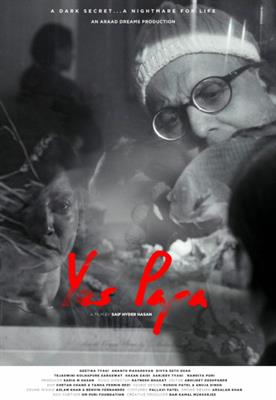 Bollywood's "dreamgirl" and Hon'ble Member of Parliament, Hema Malini shared the teaser of debutant director Saif Hyder Hasan's Hindi feature film Yes Papa.
Hema Malini who portrayed strong women characters like Meera, Razia Sultan, Durga, Draupadi and Sita on screen and stage, feels that our society needs to be more aware and protective about kids, specially for girl child. "This is an imporant issue, and when creative producer Ram Kamal Mukherjee showed me the teaser, I felt that we must make films to create awareness in this society. Child abuse is a heinous cirme, and these criminals needs to be punished. Kudos to filmmaker Saif Hyder Hasan for treating this sensitive subject with care", Hema Malini mentioned in her social media while sharing the teaser of the film.
This monochromatic film revolves around a girl victim who was assaulted by her own father for years. “Since childhood, girls are taught to be careful whenever they step outside the safety of their homes. But no one is prepared if the predator is living under the same roof. No one is prepared if the predator is the one who is supposed to protect them – in this case, the predator is her father. Newspapers report at least four cases a week of such inhuman act which we tend to overlook,” says director Saif Hyder Hasan.
Actress Geetika Tyagi plays the protagonist who suffered sexual assault as a kid in the film. Through her journey as the victim, we reveal her traumatic childhood interwoven brilliantly with court room drama. Geetika Tyagi says, “The one point that Saif is making through this film is that how essential it is to break the silence surrounding this grave and dreadful issue."
Multiple national award winning actor and director Ananth Narayan Mahadevan who plays the role of an antagonist says, “This is one of the most burning social issues that is often brushed under the carpet. No film maker has thrown light on this important issue yet, that is what makes Saif Hyder Hasan's film Yes Papa a compulsive viewing. Without resorting to graphic details the film sensitively explores a frightening situation and a resolute conclusion that doesn’t mince words”.
Brilliantly shot, the film is edited by veteran Abhijeet Deshpande. Music and background plays an integral part of the narrative which has been designed by Ratnesh Bhagat. The film also marks debut of noted jourmalist and author Nandita Puri as Ananth's wife. While Divya Seth plays the role of judge and Tejaswini Kolhapure and Sanjeev Tyagi dons the gown of public prosecutor.

Produced by Sadia Mustahsin Hasan under the banner of Araad Dreams, the film has Ram Kamal Mukherjee as creative producer. "I met Saif as a journalist six years ago, during one of his stage acts. Since then I have been fond of his work and narratives. Yes Papa is a film that will force you to think loud and probably alert you a lot more as a citizen. I am glad to be a small part of this wonderful team," says Ram Kamal.