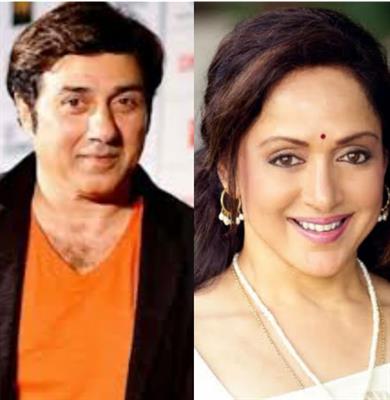 The prestigious 17th Mumbai International Film Festival (MIFF) is being held in Mumbai. Organised by Films Division and Ministry of Information and Broadcasting of Government of India, MIFF's motto is to showcase documentaries, short fictions and animation films from world over.
Actor Hema Malini and Sunny Deol will grace the Mumbai International Film Festival along with Director Shyam Benegal, Ravi Kishan, Manoj Tiwari, Hansraj Hans,Ms Neerja Sekhar , Bhagat singh Koshiyari, Dr L Murugan and  Darshan Vikram Jardosh will be a part of the closing ceremony. To be awarded by the prestigious guests will be a big moment for the film makers.
Talking about the association with MIFF, Director MIFF, Deputy General Films Division, Ravinder Bhakar says “MIFF 2022 has been a joyous experience post pandemic for cinephiles, film makers and student delegates who participated. The films have struck new conversations and vital interactions amongst film makers were highlights at MIFF 2022.
All good things come to an end and we are honoured to have our esteemed guests coming for the closing ceremony of this iconic film festival.
We value the efforts and appreciate the film makers who have participated in MIFF 2022 and look forward to awarding the competing films and their makers on the 4th June at 5 pm at Nehru Centre, Worli in a grand award ceremony bestowed by noted and prominent personalities”
This event became a bigger attraction when these powerhouses of talents are coming together. It is definitely something to look forward to!
Tags : Hema Malini Sunny Deol