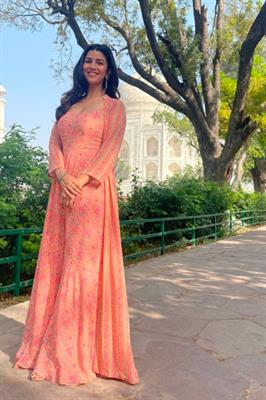 Hindi Diwas is celebrated all across the country on September 14 and is dedicated to honouring the significance of the language. On this special occasion, Nimrat Kaur shared a special video on her social media urging people to talk in Hindi.
Nimrat, who has successfully proved her mettle as a versatile actress, is seen requesting people to give more importance to the Hindi language in the video and speak in Hindi as much as we can, also admitting to the fact that she is also trying to communicate in Hindi in her daily routine.
Taking to her social media, Nimrat shared this video along with the caption: थोड़ी सी चोरी और थोड़ी ईमानदारी के साथ आप सभी को हिंदी दिवस की बहुत बधाई 🙏🏼💖 #हिंदीदिवस #HappyHindiDiwasInRoman

After the success of 'Dasvi', along with Abhishek Bachchan, Nimrat will be seen in Maddock Films' next titled 'Happy Teachers' Day'.