Check out first look of Hindutva 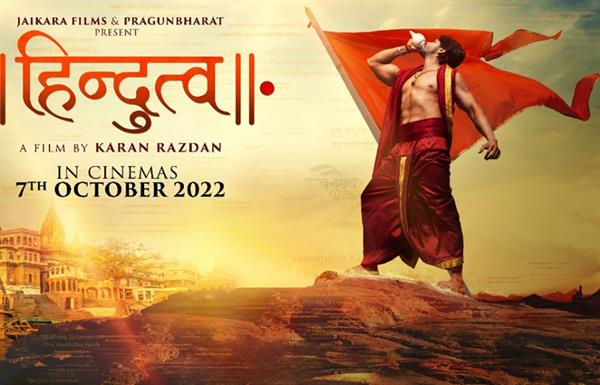 Hindutva is a movie that focuses on the greatness of Hindu religion and preaches the importance of Hinduism for the people living India. Movie might have some scenes that will raise the controversy and we have to wait till the release of the movie, on how it will be made.
Hindutva movie stars Aashiesh Sharma in the leading role and Sonarika Bhadoria is playing the female lead, Ankit Raj is playing other important role. Movie is written & directed by Karan Razdan and produced by Pragun Bharat & Jaikara films. Other cast and crew worked for this movie is yet to be announced.
Check out Hindutva's poster below.