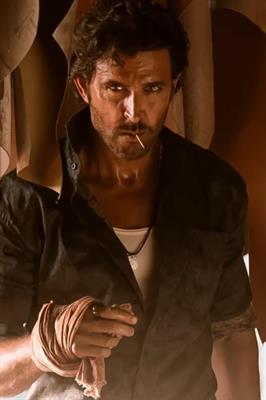 The superstar, Hrithik Roshan has always delivered some really amazing characters on the screen that stole the hearts of the audience. While the superstar earns all the love and praise from the masses for his incredible performances, some characters have made a significant place in the favorite list of the superstar.
Recently, during an interview, Hrithik was asked that as Vikram Vedha is his 25th film and he has played 25 different characters in his vibrant filmography, which is his favorite character amongst all. While replying to the same, the actor gave a deep thought while remembering the characters he has played so far.
Then he said, “It is a difficult question… very very difficult question! If it is about the character I had the most fun doing, I think the competition is between Kabir from WAR and Vedha from Vikram Vedha. They are quite at par so it is either Kabir or Vedha.”
With the ability to bring life to every character he plays, Hrithik is currently basking in the glory of his recent film Vikram Vedha, for which he is receiving immense praise and adulation. The actor will be next seen in 'Fighter', opposite Deepika Padukone for which he has already started preparing.
Tags : hrithik roshan Vikram Vedha