Hrithik Roshan swaying to the beats will make you smile this International Dance Day! 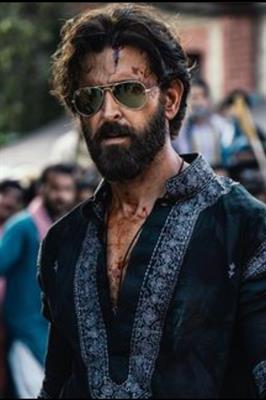 Superstar Hrithik Roshan revolutionized modern-day dancing with his signature moves right from his debut film 'Kaho Naa... Pyaar Hai'. Who can forget his moves in 'Ek Pal Ka Jeena' and the film's title track, 'Kaho Naa Pyaar Hai,' which had the entire nation dancing to his tunes? Of course, there have been many outstanding dance performances since then, from the ‘Bang Bang’ title track, ‘Dhoom Again’ (Dhoom 2), 'Senorita' (Zindagi Na Milegi Dobara), 'Main Aisa Kyun Hoon' (Lakshya), and 'Jai Jai Shivshankar' (War) among many many others.
Hrithik Roshan, the most complete performer the country has seen, has always managed to pull all kinds of choreography with precision and perfection and is unquestionably the name everyone looks forward to the most, when it comes to dance performances! A really cool video of Hrithik Roshan grooving has emerged on social media and is the best treat for his fans on international dance day.
Interestingly, instead of opting for a choreography intense video, he was seen in an easy-breezy video enjoying the beats, reiterating that dancing is not only polished choreography, but a feeling, an expression and something that everyone can enjoy

Hrithik Roshan is considered to be one of the best dancers in Bollywood by most of his contemporaries and is looked up to by the younger crop of actors and in the past has received praise from dance stalwarts like Prabhu Deva and veteran choreographers like Saroj Khan, Farah Khan, Ganesh Acharya, Shiamak Davar and Remo D’Souza among others.