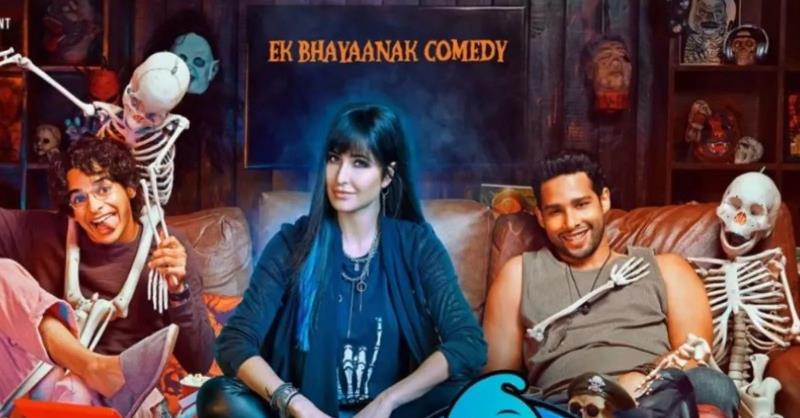 Ever since the audience witnessed the trailer of upcoming comedy of horrors ‘Phone Bhoot’ starring Katrina Kaif, Siddhant Chaturvedi, and Ishaan, they are eagerly excited to experience this fun and quirky tale in the theaters. As the audience’s anticipation is continuously multiplying with every other day, one of the leads Ishaan is here to introduce us with his fun journey of growing up with his partner from their upcoming ‘Phone Bhoot’.
While the audience is already surprised to see the world’s most beautiful ghost Katrina Kaif, the makers have treated the audience with two amazing songs ‘Kinna Sona’ and ‘Kaali Teri Gutt’ from the film and now one of the Ghostbusters from the film Ishaan is here to introduce us with the fun pairing of their character's 'Gullu-Major' from their upcoming comedy of horrors. He further jotted down a caption while sharing the kid and grown-ups 'Gullu-Major' from the film on his social media -
"How it started vs how it’s going
🚀Gullu-Major🪖
☎️👻🧛🏻‍♂️🎃💀 #PhoneBhoot in theatres 4th Nov ‘22"

While we have seen the fun partnership of Siddhant and Ishaan in the trailer, this has again raised our anticipation to experience this comedy of horror in the cinema and we can guarantee that this is going to bring a lot of horror with a perfect dose of laughter to the theaters.
Directed by Gurmmeet Singh and written by Ravi Shankaran and Jasvinder Singh Bath, ‘Phone Bhoot’ is produced by Excel Entertainment, headed by Ritesh Sidhwani and Farhan Akhtar. The film is all set to be released on 4th November 2022.
Tags : katrina kaif Siddhant Chaturvedi Ishaan Khattter Phone Bhoot