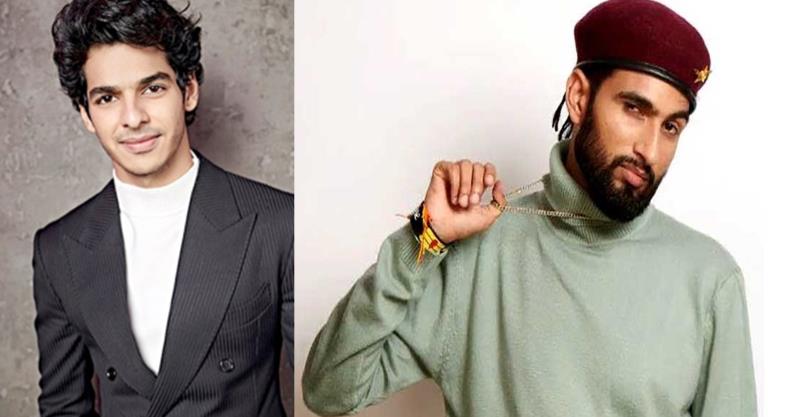 The contagious cheers and the heightened emotions for our favourite football teams are crossing the barriers as the FIFA World Cup Qatar 2022 advances to the knockout Round of 16. Adding up to the fiery music tracks for the game, MTV HD is coming up with a new banger along with MTV Hustle 2.0 winner MC Square and Bollywood cutie Ishaan Khatter.
MC Square has swooned rap fans countrywide after an arresting stint on the show and created a tribe for himself. Big wigs of B-town have also hopped onto the bandwagon showing MC Square great support, and one of them is the heartthrob Ishaan Khatter. The Bollywood sweetheart was seen working out on the rapper’s songs on his Instagram stories, a clear fan!
Adding up to the competitive spirit and team cheers, MTV HD pays an ode to the world cup in its quirky style with Ishaan Khatter and MC Square.
Excited about the collaboration, MC Square said “Ishaan bhaiya has been supporting and encouraging me since the beginning of MTV Hustle 2.0; working with him has been a fun ride since he has a very good understanding of music as well as football. Collaborating with him has been a great experience because he is such a fun-loving person and I am looking forward to the reactions of his and my fans together!”
Ishaan Khatter said, “MC Square is a rare talent and I’m a champion for his musical journey. He’s also a sweetheart and I had a great time shooting with him. The world cup’s energy has been infectious so far and the quirky music video celebrates that!”
FIFA World Cup Qatar 2022 currently airing on MTV HD, Sports18 – 1 SD and HD and JioCinema
Tags : Ishaan Khatter