It is said that in India, there is a student in every street, every village and every town who dreams of being an IAS or IPS Officer. Vidhu Vinod Chopra’s new film is about these students. 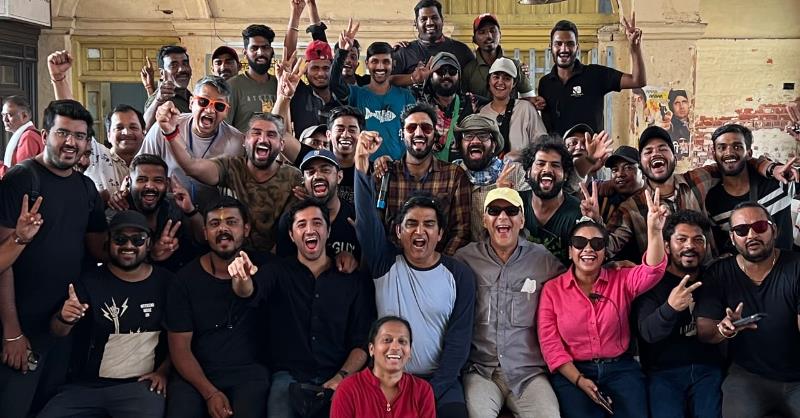 After bringing us cinematic gems like Parinda, 1942: A Love Story, Mission Kashmir, the Munnabhai franchise, 3 Idiots and PK, the producer-director is directing and producing ‘12th Fail’, adapted from Anurag Pathak’s bestselling novel of the same name.
The film is inspired by the real life story of IPS Officer Manoj Kumar Sharma and IRS Officer Shraddha Joshi. But ‘12th Fail’ isn’t a biography as much as it is a portrait of the power of one - how one man or one woman with integrity can create seismic change.
‘12th Fail’ is the first film to be shot in Mukherjee Nagar, New Delhi, the location that has seen the birth of generations of bureaucrats.
Talking about the film, VVC says, “If an honest person is in a position of power, the world can truly change. I have seen that with countless IAS and IPS officers I have come across in the process of writing this film. ’12th Fail’ is a tribute to all of them. If this film can inspire even 10 more officers to strive for honesty, 10 more students to strive for excellence… I will believe I have succeeded.”
The film is headlined by Vikrant Massey.
Says Vikrant, “It’s the tragedy of our times that honesty and sincerity are a rarity. This film is a dedication to all the students who dream, to all the honest officers who are the backbone of our country and constitution. Working with VVC is a dream-come-true and a huge challenge since he’s such a thorough director.”
VVC has wrapped the first schedule of '12th Fail' in Chambal, Agra, and is currently filming the second schedule in Delhi. The film is scheduled for a 2023 Summer release.
Tags : Vidhu Vinod Chopra