It’s a Diwali clash at the box office as Har Har Mahadev, Ram Setu and Thank God are all set to release on 25th October 2022! 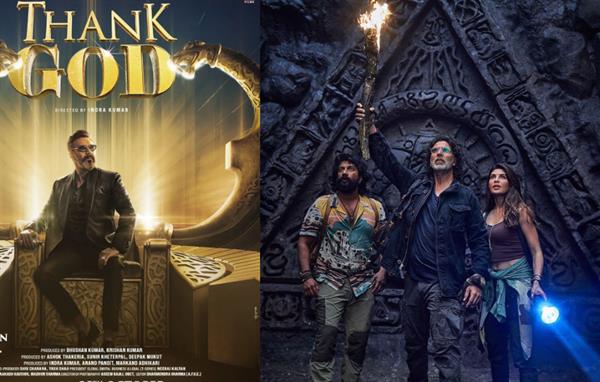 The festive season this year is truly star-studded with 3 magnificent movies all set to release on the same day, 25th October – Har Har Mahadev, Ram Setu & Thank God. Each movie presents a different narrative and we will have to wait and watch how the content of these three films lures viewers to the theaters promising fulfilling entertainment to one and all!
Har Har Mahadev is the 1st Marathi Multilingual film and will be released in Hindi, Telugu, Tamil and Kannada. It is produced by ZEE Studios, and is directed by Abhijeet Deshpande. The film stars Subodh Bhave, Sharad Kelkar, Sayli Sanjeev, and Amruta Khanvilkar in the leads.
The movie will present the inspirational story of a real battle which was led by the great Maratha warrior Baji Prabhu. A historical confrontation where 300 soldiers fought with an army of 12,000 enemy troops and secured victory, albeit paying for the glorious win with the supreme sacrifice of their lives!
Ram Setu is an upcoming Hindi action-adventure film directed by Abhishek Sharma featuring Akshay Kumar, Jacqueline Fernandez, Nushrratt Bharuccha, Satya Dev and Nassar. While Thank God is an upcoming Hindi fantasy comedy film that features Ajay Devgn, Sidharth Malhotra and Rakul Preet Singh in the lead roles.
It will be fascinating to witness how these three films clash at the box office and brings the audience to the theatre.
Tags : Har Har Mahadev Ram Setu thank god