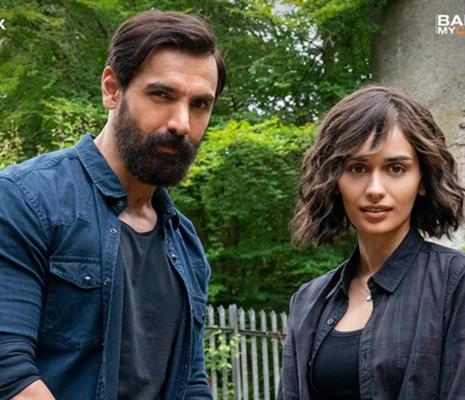 May it be the suspense around its plot or the film’s power packed cast, Dinesh Vijan’s Tehran has generated a lot of curiosity since announcement.
As fans excitedly wait to know about the John Abraham-Manushi Chhillar starrer, the makers have released an interesting video to announce the wrap
The clip sees Tehran’s principal cast and crew wield the clap one last time as it wraps final leg of shooting. While the video features John in a raw, rugged and intense avatar, Manushi sports a fresh and different look too!
They do say all’s well that ends well
Looks like John and Co ended the shooting of Tehran on quite a thrilling note!
A Maddock Films production in association with Bake My Cake Films, Tehran has been directed by Arun Gopalan, written by Ritesh Shah and Ashish Prakash Verma, produced by Dinesh Vijan, Shobhna Yadav and Sandeep Leyzell.
Tags : John Abraham Dinesh Vijan Tehran