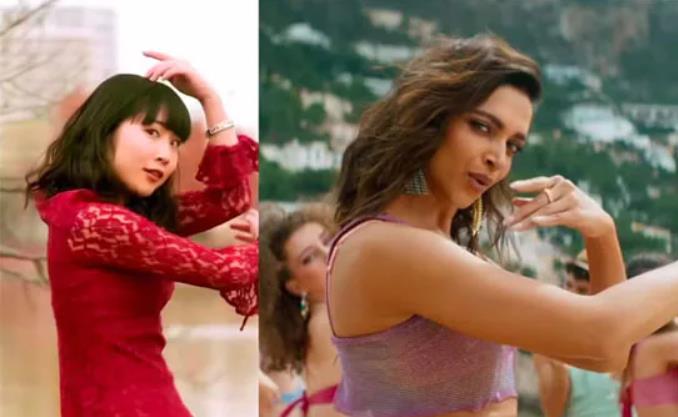 Shah Rukh Khan and Deepika Padukone’s song ‘Besharam Rang’ from their upcoming film, Pathaancontinues to remain the talk of the town. The track has been making headlines daily, whether for being embroiled in controversy to becoming the party anthem this year.
The hot-as-hell sultry track is already a favourite among social media users. While the song is being loved and admired by many, the song has also prompted social media influencers to recreate their own versions and we can bet they will also leave you stunned and amazed.

The video shows that Mayo nails the hook steps of the song. Her expressions are also a winner. Besides her, one can also not miss another man named Kaketaku who seems to be imitating the role of Shah Rukh Khan in the song. The duo’s performance has won the internet and already racked up millions of views and admiration from people.
Tags : Mayo Japan Deepika Padukone Shah Rukh Khan pathaan