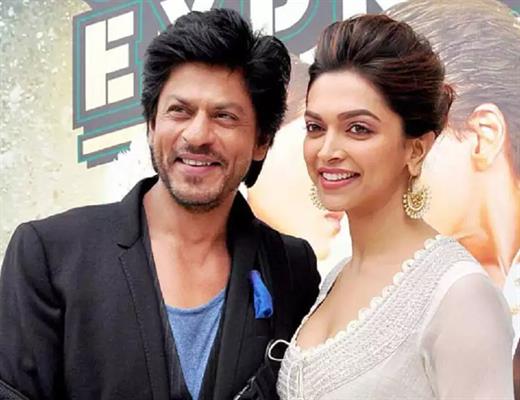 Shah Rukh Khan and Deepika Padukone on Sunday arrived in Chennai for the shoot of Atlee directorial Jawan. In a video, Deepika can be seen sporting a dark blue denim jumpsuit. Shah Rukh, meanwhile, kept it casual.
If reports are to be believed, Deepika Padukone has a cameo in Jawan. She reportedly plays Shah Rukh Khan’s wife in the film. The teaser of Jawan had everyone hooked with Shah Rukh bandaged in bruises by the end of it. The movie is all set to hit theatres on June 2, 2023 and will be released in five languages.
Check out the video below:

Besides Jawan, Shah Rukh Khan has Pathaan with Deepika Padukone and John Abraham.