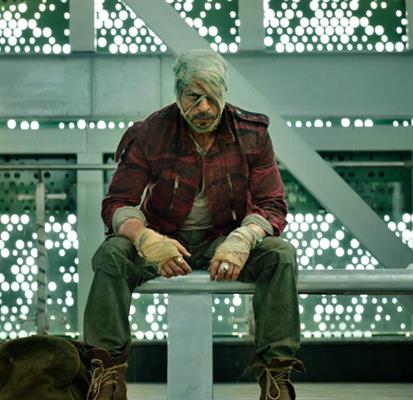 Red Chillies Entertainment on Friday announced Shah Rukh Khan’s new film, Jawan. Directed by Atlee, the action-thriller has reportedly been in production for a while now.
This is the third new Shah Rukh film to be announced this year, following Pathaan and Dunki. Jawan will be released on June 2, 2023.
The teaser features SRK in a never-seen-before avatar, with his face partially covered. We get a glimpse of his look in the teaser, where a voice on the phone says "Good to go chief" after which SRK laughs for a while and says "Ready."
SRK wrote: "An action-packed 2023! Bringing Jawan to you, an explosive entertainer in cinemas 2nd June 2023. In Hindi, Tamil, Telugu, Malayalam and Kannada." The film will be produced by SRK's wife Gauri Khan.
Check out Jawan teaser below: