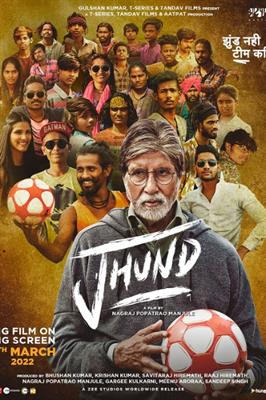 Jhund is a tale that exhibits the journey of a football coach and his team, a coach who aims to bring in the underprivileged kids from difficult backgrounds together giving them a fresh motive to survive and transform their life. The football coach is played by non-other than Mr. Amitabh Bachchan and the vision directed by Nagraj Popatrao Manjule.

The trailer showcases a special glimpse into the world of the notorious gang and their vital journey. It shows the unique teacher-student bond between Amitabh Bachchan and the Jhund gang.

Megastar Amitabh Bachchan will be seen in a never seen before avatar of a coach motivating the kids and bringing a positive influence in their life.