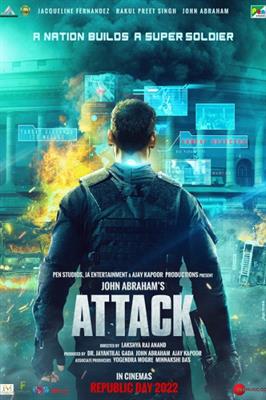 Written & Directed by debutant Lakshya Raj Anand with John in the lead, Attack is a fictional story inspired by true events, set against a hostage crisis that brought a Nation to its knees. It also stars Jacqueline Fernandez and Rakul Preet Singh in key roles.