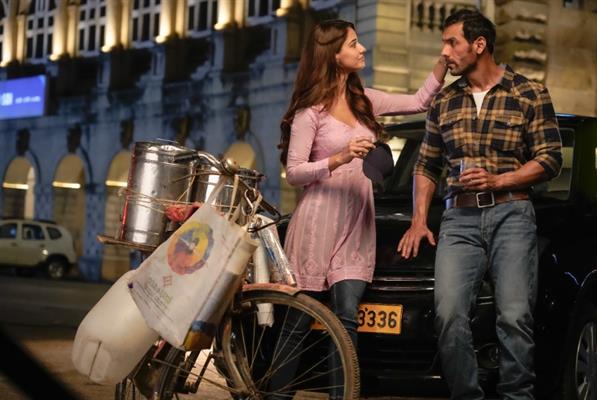 Just like the first movie’s album, Ek Villain Returns’ music album is turning out to be quite the blockbuster. With three of the album’s song already out and loved across board, the makers of Ek Villain Returns are gearing up to release their next song “Naa Tere Bin” and one actor in particular is looking forward to it the most
John Abraham says “We all have our favourite songs in the movie, mine is “Naa Tere Bin” it isn't out yet but I can't wait for the fans to hear it. It’s been on my playlist on loop.”
The three songs that have been released from the music album of “Ek Villain Returns” are already topping charts . “ Naa Tere Bin is one of those soulful, tugs-at-your-heart kind of a song.  It embodies the heartbreak that runs as an undercurrent through the film. It is as intense as satisfying and the cast did a great job taking the song and adding so much more of themselves into it,” he adds.
‘Naa Tere Bin , the fourth song, following ‘Dil’ , ‘Galliyan Returns’ and ‘Shaamat’ is all set to release on 22nd July 2022. Starring a powerful ensemble cast including John Abraham, Arjun Kapoor, Disha Patani, and Tara Sutaria, Ek Villain Returns will release worldwide on 29th July 2022. The movie is directed by Mohit Suri and jointly produced by T-Series and Balaji Motion Films
Tags : John Abraham Ek Villain Returns