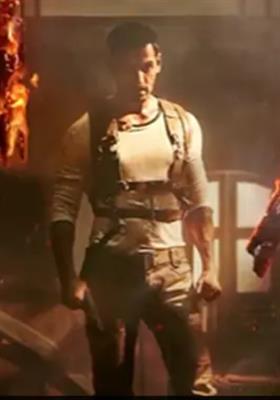 Bollywood actor John Abraham as the villain from the much-awaited film 'Pathaan' was unveiled by the makers on Wednesday. It starts off with a bomb blast and then reveals the actor behind the smoke, standing his ground and holding a gun amid the sparks and flames.
The new asset follows the release of the film's teaser, Shah Rukh Khan's look and a glimpse of Deepika Padukone.
Talking about his decision to cast John as the villain, the director said: "John Abraham is THE antagonist, THE villain of 'Pathaan'. And I have always believed in the fact that the villain's projection should be as big, if not bigger than that of the hero's.
"Only when the villain is massive, can the tussle between them be spectacular. And we have an extraordinary battle when SRK takes on John! We wanted to present John in a super slick avatar."
'Pathaan' is set to release on January 25, 2023 in Hindi, Tamil and Telugu.

The mission of a lifetime is about to start. Celebrate #Pathaan with #YRF50 only at a big screen near you on 25th January, 2023. Releasing in Hindi, Tamil and Telugu. @iamsrk | @deepikapadukone|#SiddharthAnand | | @yrf | #5monthstopathaan