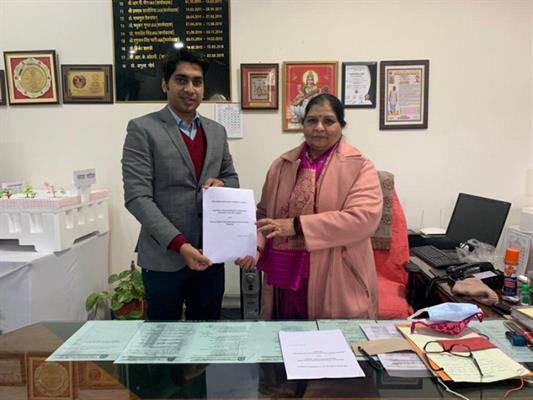 The aim of this newly formed partnership is to introduce innovative and highly effective course curriculum to train the cinema industry aspirants with a strong foundation.

This is the first time where the extremely rich ancient knowledge system of Sanskrit language and literature is to be amalgamated with modern form of training to produce highly intelligent and ethical film industry professionals.

In this rapidly growing multibillion dollar entertainment industry, there is a huge demand for original creators.

With exposure to international cinema, it has become a challenge for Indian film industry professionals to attract Indian audience through fresh and original content.

This newly formed partnership will utilize the expertise of JRRSU in the rich texts of Sanskrit Language including ancient philosophies, moral values and Vedic literature and the expertise of RONKEL MERI in modern formats of telling stories to enable students deep dive into their deeper self and find their original creative voice.

There will be various short term as well as long term joint certificate and diploma programs designed over a range of courses such as Acting, Scriptwriting, Voice Over and Dubbing, Radio Jockey, Anchoring, Filmmaking, Cinematography, Film Editing, Sound Engineering, Music Production and other relevant cinema courses.

The programs will be conducted both online and offline so that each and every individual despite of their demographics can take the benefits of learning.

This collaboration will be a new benchmark in film education across the globe and produce film industry professionals who will bring immense glory to Indian Cinema in coming times.