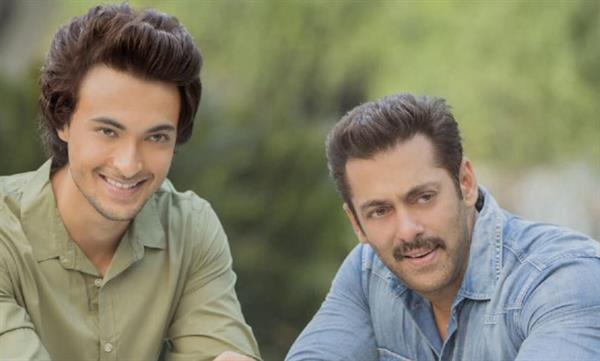 Salman Khan's Kabhi Eid Kabhi Diwali, was to feature his darling brother-in-law and actor Aayush Sharma but according to reports, Aayush has quit the film
unbelivable but true.
Aayush has said no to Salman Khan - the man who introduced him to Bollywood
A source says, “Aayush had started shooting the film last week but wasn’t really happy with his role. He went and told Salman that he wanted to do Zaheer’s part which was a more stronger character. Salman wasn’t really happy with this. The two were seen in a heated argument before Aayush decided to walk out of the film. On the other hand, Salman decided to replace Zaheer too as he didn’t want to show any kind of favouritism."
Taking to his social media handle, Salman wrote, "Shooting commences for my new film …." In the photo, Salman could be seen clad in a denim black shirt over a black tee and jeans. The actor's signature bracelet also could be seen on his wrist as he began shooting for Pooja Hegde co-starrer. On Friday, Pooja Hegde also had shared her first photo from the sets of the film. Pooja looked excited to commence shooting with Salman on the romcom. She was seen flaunting a bracelet similar to Salman's on the sets.
Tags : Kabhi Eid Kabhi Diwa Salman Khan Aayush Sharma Zaheer Iqbal shehnaaz gill