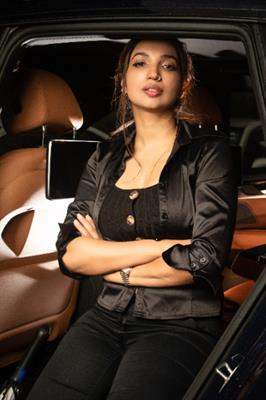 It’s certainly a double whammy for screenwriter and producer Kanika  Dhillon known for her powerful women led stories and powerhouse performer TApsee as both their  collaborations Haseen Dilruba’ and ‘Rashmi Rocket’ bagged multiple nominations in total at the prestigious award ceremony to be held this month.
Kanika has been nominated for best story for Haseen dilruba which she also co produced and best dialogue for rashmi rocket. And TApsee has been nominated for best actor for both! In popular and critics catagory..
not only that … co producer and writer Kanika took to Instagram to express her delight for Haseen dilruba bagging various Nominations including Best Actress, Best Actor, Best Story, Best Music Album, Best Lyrics, Best Background Score, Best Playback Singer (Male & Female), ‘at Filmfare awards 2022.
Haseen dilruba won over the audience with its pulpy edge of the seat storytelling and rashmi rocket resonated for highlighting women empowerment and thought provoking content..
We hear the successful duo is coming back again with another collaboration… after critically acclaimed Manmarziyan, Haseen Dillruba and rashmi rocket! And we are excited for that.. sources tell us haseen dilruba 2 is in the pipeline.
When we reached out to Kanika who is very happy with earning 2 nominations for writing this year… she said ,’ there is definitely some good news for all the people who gave haseen dilruba so much love…and want to see that world come alive again!’ Pretty much confirming the Haseen 2 sequel…

Kanika Dhillon took to social media to share the news with her followers.