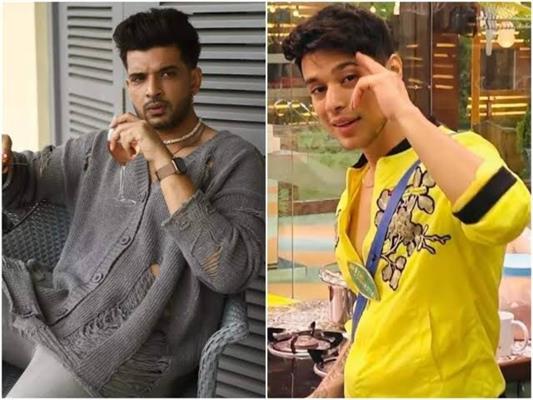 There is no Bigg Boss with no Bigg drama! By far, this year's show has the most entertaining value and Masala. While these nasty fights are part and parcel of the game, the last war of words between Karan Kundrra and Pratik Sehajpal has left many upset.

For unversed, the show invited Bharti Singh and Haarsh Limbachiyaa to the house. During the task, Prateek Sehajpal named Karan Kundrra as the participant who should leave the show. While the same could have been left there, Pratik Sehajpal didn't stop and tried to instigate the actor-host to get physical.

Calling out his game, Karan Kundrra followed the lines of Pratik Sehajpal, leading to an intense argument. As soon as the show aired on national television, people from all across came out in support of the star contestant of Big Boss 15 and blew the whistle on Pratik Sehajpal's game.

A user wrote, Pratik's game decoded. He got the tase of this own medicine.. And #karankundrra didn’t abuse him…" Another commented, "Nation love and stands with #KaranKundrra."

Many also pointed out that never during the fight did Karan Kundrra abused as accused by Pratik Sehajpal.

Meanwhile, Karan Kundrra has been in the top five most popular contestants for all consecutive weeks.