Kargil Diwas: Jackky Bhagnani to pay his tribute to Indian Airforce with his next film 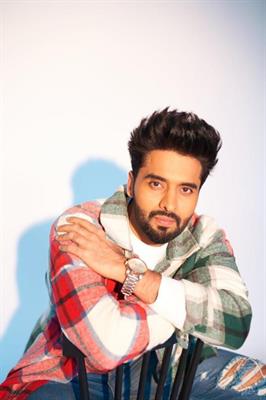 India’s youngest producer Jackky Bhagnani is working on several film projects and music video ventures simultaneously. Currently, the star is working a film for Indian Air force and there key role played during the Kargil war. Jackky Bhagnani, who has always been inspired by the work of the Indian Air Force finally finds an opportunity to tell their story through his lens, to the world.
Talking about his latest venture, the producer says, “I have been a huge fan of Air Force since the beginning, and what the Indian Airforce did in Kargil no one else in the world has been able to do it. So when I got the opportunity to meet Group Captain Anupam Banerjee Sahab, who was so gracious, humble and warm to speak with, I thought that this story must be told."
He further adds, "After our 3 hours chat, the only thing he told me was to give him a promise that the pride of Indian air force will be maintained at all costs. I gave him my word, that as an Indian and as a Young Indian filmmaker, we will achieve this with his guidance, and make a film which after watching everyone will feel proud to be an Indian. I am fortunate that Banerjee sir has put his faith in me and allowed me to tell the story of Indian pride to the entire world.”
Meanwhile, on the work front, Jackky Bhagnani is bankrolling 'Ganapath' starring Tiger Shroff and 'Bade Miyan Chote Miyan' starring Akshay Kumar & Tiger Shroff.
Tags : Jackky Bhagnani