Kartik Aaryan finds a fan in a young street vendor, says, "No Reward bigger than this"! 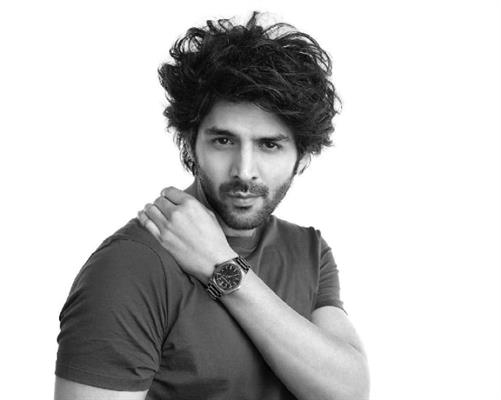 Kartik Aaryan is one of the leading faces of Bollywood today who cemented himself amongst the top, post the mega success of Bhool Bhulaiyaa 2. While the actor gave us the most loved film of the year, he also continues the scene of Bollywood cinema with an unbeaten opening of 2022 and the love for his film continues to pour in, months after its release too.
Taking to his social media, the Dhamaka actor shared a video of a young street vendor who comes to him and tells him how much he loved Bhool Bhulaiyaa 2 as he had also gone to watch it and also does the signature step of the film before asking the young superstar for a selfie. In the caption the actor wrote, “No Reward bigger than this ❤️🙏🏻
#BhoolBhulaiyaa2 🤙🏻”
Check out:

While it has been three months since the film was released, Kartik Aaryan's fandom is unstoppable as he receives love everywhere he goes. With Bhool Bhulaiyaa 2, Kartik delivered one of the biggest grossers of the year which broke multiple records, from trending globally on Netflix to collecting over 230 crores worldwide, also giving Bollywood the much needed respite post the pandemic.
The busy actor also has a super exciting slate of films ahead including Shehzada, Freddy, Captain India, Sajid Nadiadwala’s, Satyaprem Ki Katha and Kabir Khan’s untitled next.
Tags : kartik aaryan