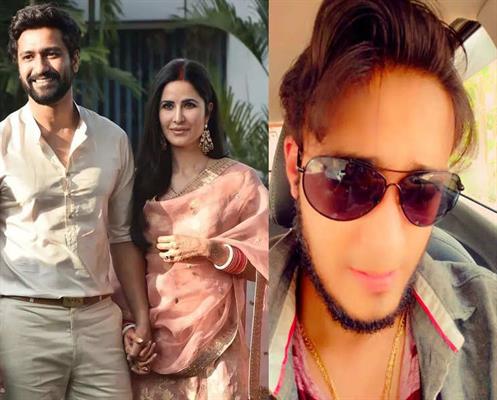 Vicky Kaushal lodged a complaint at Mumbai’s Santacruz police station against an unknown social media user for allegedly stalking his wife, actor Katrina Kaif. And in the afternoon the police arrested the stalker
The accused identified as Manvinder Singh, a struggling actor, is a big fan of Kaif and wanted to marry her.
The man in question has been identified as Manvinder Singh and he hails from Lucknow. The cops tracked him to a hotel in Mumbai's Santacruz suburb.

He was arrested from his room, where he managed his social media accounts through which he would send messages to both Vicky and Katrina.
Tags : katrina kaif Manvinder Singh vicky kaushal