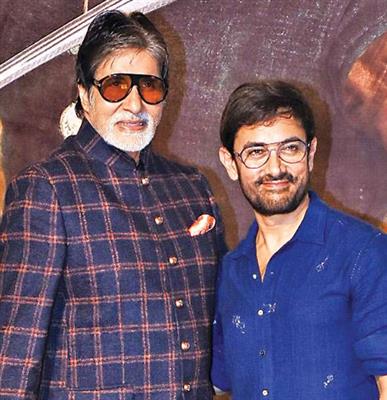 Amitabh Bachchan teased actor Aamir Khan when he appeared on the first episode of the upcoming game show Kaun Banega Crorepati (KBC) 14.
Aamir Khan shares he wasn't very active and only logged into the platform to promote his films or the ones made by his friends. Amitabh Bachchan is all set to return to the small screen with a new season of Kaun Banega Crorepati on August 7. His first guest is going to be none other than actor Aamir Khan. A new promo released by the channel sees the two stalwarts engaged in a fun banter.
He says, "I was on Twitter, thanks to Amit Ji. Lekin mujhse kuch tweet hota nahi hai. I don't know why. When films of my friends would release, I used to promote them on Twitter. Aur kuch nahi karta tha mein sir."
Tags : Amitabh Bachchan Aamir Khan