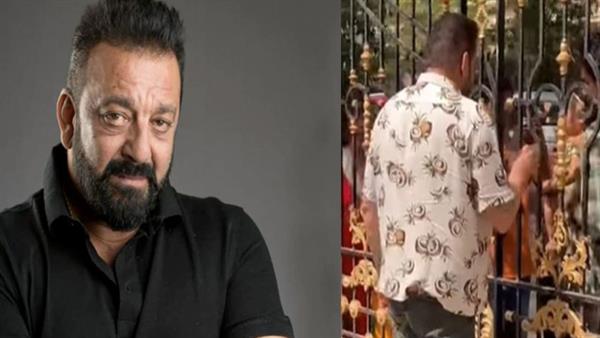 As soon as the trailer of 'KGF 2' has been released, Sanjay Dutt's character of 'Adheera' is taking over the audience's mind. Everyone is stunned to see him in such a different avatar and is dying to watch him on the big screen with the release of the film.
A video is hovering on the internet these days in which a die-heart fan of Sanjay Dutt came in front of his bungalow from the outstation to meet him and was seen saying "My dream has come true". The fans were excited to click photos with the star.
Sanjay Dutt is nowadays busy promoting his upcoming 'KGF 2' and is very overwhelmed with the love, film and his character is collecting much before its release.
Besides KGF 2 which is all set take over on 14th April, 2022, Sanjay Dutt has ‘Ghudchadhi’ to be directed by Binoy Gandhi, ‘Shamshera’ and ‘Toolsidas Junior’ in the pipeline.