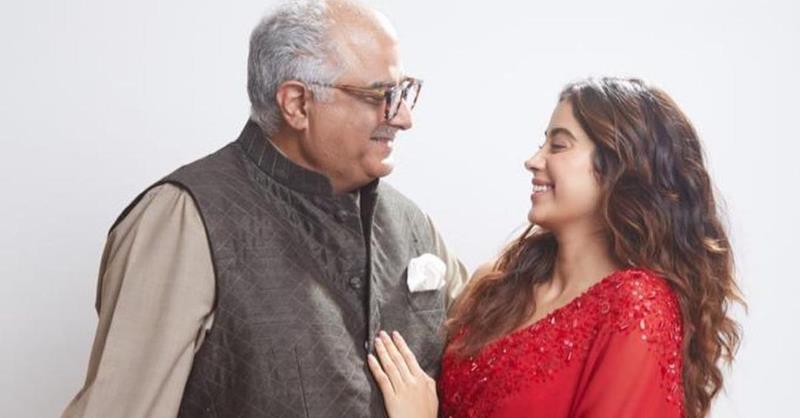 Boney Kapoor is currently busy with the promotions of his upcoming film Mili, which marks his first project with Janhvi. She plays the titular role in the survival thriller.
Boney has two kids from his first wife, late Mona Shourie Kapoor: Arjun and Anshula Kapoor. With his second wife, late actor Srivedi, Boney has two daughters: Janhvi and Khushi.
Showering Janhvi Kapoor with praise, Boney said in a interview with an Entertainment portal, “Janhvi is one of those actors for whom you don’t have to choose a particular kind of role. You pick a good script and she will fit into it, which is very rare. The good thing about her is that she doesn’t play the part, but she becomes the part, which was the hallmark of her mother and all good actors… be it Arjun (Kapoor) or Anil (Kapoor).
Tags : Boney Kapoor Mili Janhvi Kapoor