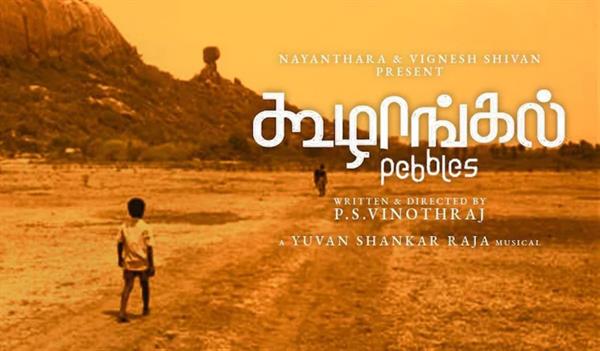 Shaji N Karun, the chairperson of the 15-member selection committee, announced the decision while Film Federation of India (FFI) Secretary-General Supran Sen confirmed that the decision was a unanimous one.

Speaking about the selection, Shaji N Karun said, “In the centenary year of Satyajit Ray, it is rather poetic that we had the screening in Kolkata. Ray was the torchbearer of Indian content to the world and we will strive to select a film that epitomizes Indianans and its varied culture".

'Koozhangal', which is based on the relationship between an alcoholic father and his son and follows their journey together to bring back the wife/mother who has gone off to her father’s house, is based on a real incident that took place in director Vinothraj’s family, inspiring him to spin it into a story for his debut film.

The feature has already won the prestigious Tiger Award at the 50th International Film Festival Rotterdam held in Netherlands earlier this year. The film has presented by Nayanthara and Vignesh Shivan and featured music by Yuvan Shankar Raja.