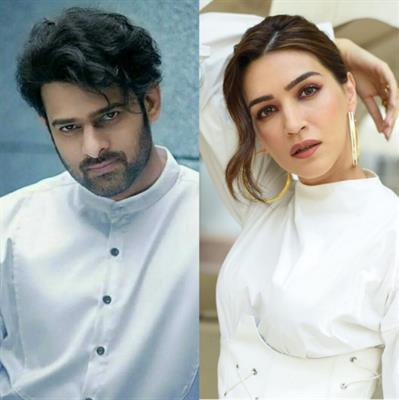 The Indian cinema is all set to see a plethora of big budget films releasing next year showcasing some really exciting new pairings as well, case in point, the Prabhas and Kriti Sanon starrer and Om Raut directorial, Adipurush.
While we hoped that extremely power packed performers like Kriti and Prabhas sharing screen together would definitely be a treat for all fans and also romance lovers, a source close to the film has confirmed the same.
A source close to the film who has seen some bits and pieces of it, shares, "Last week, the entire cast and film team had gotten together at director Om Raut’s house to celebrate what they have achieved till now and to see how the film is shaping up. They also watched some of Kriti and Prabhas’ scenes, which have turned out very well. The chemistry between them has translated beautifully, they just make for a fabulous pair on screen."
Adipurush is all set to hit the big screens on 12th of January, 2023.
Tags : Kriti Sanon Prabhas Adipurush