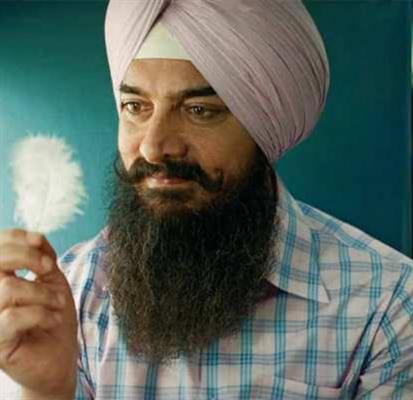 'Laal Singh Chaddha' is trending on Twitter again. Netizens are using the hashtag BoycottLaalSinghChaddha on Twitter, asking people to not watch the movie.
Talking about the controversial statement in question, in 2015, Aamir Khan said in an interview, "Our country is very tolerant, but there are people who spread ill-will". His wife Kiran Rao also made headlines for saying that she considered leaving the country for the safety of their children.
Netizens have called him 'anti-Hindu' and 'anti-National' while circulating his quote and video from the old interview accompanied by the hashtag #LaalSinghChaddha. Check out some of the Tweets here:
Aamir Khan is returning to films after 4 years with his new project, Laal Singh Chaddha. Directed by Advait Chandan, the film is all set to release on August 11, 2022. Days before the release of his film, Aamir Khan interacted with the media and spoke about everything related to Laal Singh Chaddha. During a recent media interaction, Aamir Khan was asked about his thoughts on the hatred towards films before the release. The actor was also asked to share his take on the boycott Laal Singh Chaddha Twitter trend.

Amir Khan had conversation during the movie making with President of Turkey who hates India ,, Amir has taken Indians for granted & thinks that Indians will accept this , NEVER FORGIVE#BoycottbollywoodForever#BoycottBollywood #BoycottLaalSinghChaddha pic.twitter.com/mPhTwtftuX

Amir Khan had conversation during the movie making with  President of Turkey who hates India ,, Amir has taken Indians for granted & thinks that Indians will accept this , NEVER FORGIVE

Never forget what Aamir Khan and Kareena Kapoor Khan stand for.
Never forgive these scumbags
Make sure #LalSinghChaddha
Is a massive flop#BoycottLaalSinghChaddha#BoycottBollywood pic.twitter.com/7hCCfvOj9s