Maarrich starring Tusshar Kapoor to have a multi-city trailer launch 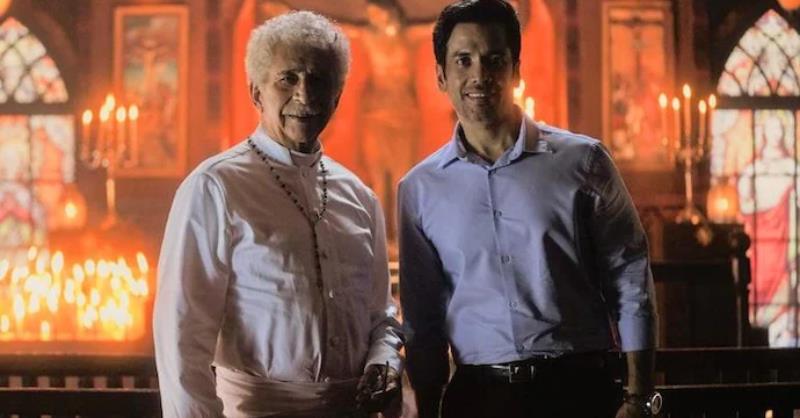 Tusshar Kapoor, Naseeruddin Shah, and Seerat Kapoor’s starrer, murder mystery Maarrich is all set to kick start the promotions of the film. After being in news for the ‘Hatman’ leaked video that took the internet by storm, the makers have announced the trailer launch of the film Maarrich. The film depicts Tusshar Kapoor in the role of a Senior cop, for which he determinedly prepped himself in terms of voice modulation, workshops, and also on his physique.
To increase the excitement amongst the audiences and to reach them personally, the makers have decided to have a multiple-city trailer launch. The star cast of Maarrich will launch their trailer in Mumbai, Indore, and then Lucknow, followed by a press conference in every city.
Speaking about this, actor and producer Tusshar Kapoor expressed, “ We are extremely excited that the trailer will be launched in multiple cities. Maarrich is an edge-of-the-seat commercial film that will appeal to both, the masses as well as the classes, and launching it in multiple cities was the only way that we could do justice to the film. I want the film’s story to reach everybody and I hope the audiences welcome the trailer as well as the film with open arms and shower their love and support on us.”
Adding to this director Dhruv Lather said, “ After launching the trailer in Mumbai, we will be visiting the city of Lucknow and Indore. We want the story to reach out to a wider audience as the thriller genre is tremendously loved and enjoyed by the masses and we hope they receive the trailer of  Maarrich the same way.”
Maarrich is Tusshar Entertainment House’s second outing after Laxmii and is all set to release this December with an ensemble starcast consisting of Anita Hassanandani, Dipannita Sharma and Rahul Dev.
Tusshar Entertainment House Presents, in association with NH Studios, Maarrich is written and directed by Dhruv Lather, produced by Tusshar Kapoor, Narendra Hirawat, Shreyans Hirawat and co-produced by Girish Johar, Priyank V Jain. The film will release theatrically on 9th December 2022!
Tags : Tusshar Kapoor Naseeruddin Shah Seerat Kapoor Maarrich