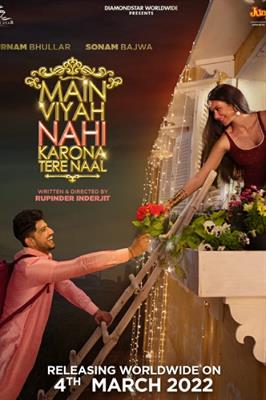 The much-loved couple Gurnam Bhullar and Sonam Bajwa are all set to reunite for their next - ‘Main Viyah Ni Karona Tere Naal.’ Commencing the Valentine's week, the duo treat their fans with the teaser of the film.

‘Main Viyah Ni Karona Tere Naal’ has been creating the right buzz ever since it was announced and is touted to be a never-seen-before new-age romantic comedy.

The story written and directed by Rupinder Inderjit, revolves around a Canadian YouTuber who visits Punjab for the first time and falls in love with a desi rooted girl from Punjab who eventually helps him discover his roots.