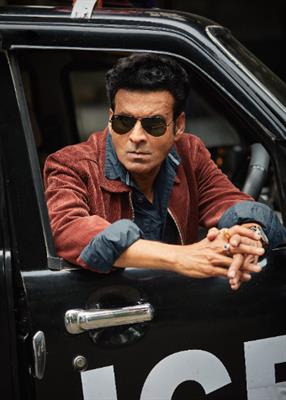 Three times National Film Awards and the Padma Shri winning actor Manoj Bajpayee who has completed three decades in the showbiz business and Juggling with multiple projects between different genres, characters and mediums.
Manoj Bajpayee is a powerhouse actor when it comes to Indian cinema. Even if you haven’t seen many of his movies, you will have heard of talented actor Manoj Bajpayee’s name because of his brilliant performances in his films. The finest actor has become synonymous with content-driven subjects who also have been consistently working in multiple film industries.
The finest actor of Hindi cinema Manoj Bajpayee who has several movies lined up this year, will be taking 1 week off from his current project, which is directed by Apurva(Aspirant fame & produced by Vinod Bhanushali in mid september and will be leaving for his home town with his wife and daughter to attend all the puja rituals on his father’s 1st death anniversary day. Manoj Bajpayee's father RK Bajpayee passed away at 83, last year in Delhi.
The actor believes that a family is a very important & priority in his life, in spite of his erratic schedules or no matter where he is, it is his first priority to always be with his family with all his support & spend time with them in any situations.After finishing all the rituals puja and family work,Manoj will immediately resume his shoot to finish his project on timewithout taking any time for himself.
Manoj Bajpayee has recently finished his 3 upcoming projects, one with Ram Reddy’s untitled film, which also has talented actor Deepika Dobriyal in the film. After that he finished RSVP’s Despatch, (A investigative thriller set in the world of crime journalism.) directed by Kanu Behl. Abhishek Chaubeys’s film which also has star cast like Konkana Sen, Sayaji Shinde,Naseer sir and some well known talented actors from south. Fox Stars Studios,Chalkboard Entertainment, Autonomous Works film, Gulmohar directed by Rahul Chittella ( who was assistant of Meena Nair) working with Veteran actress Sharmila Tagore, and Amol Palekar along with Suraj Sharma (Life of Pi) and Simran Rishi Bagga in pivotal roles
Tags : Manoj Bajpayee