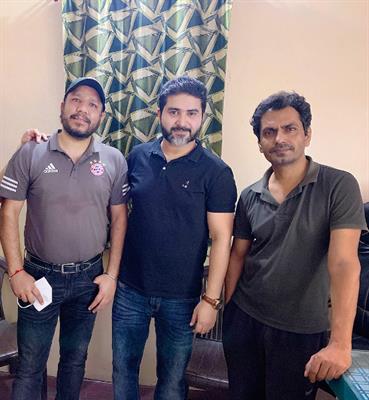 Actor Nawazuddin Siddiqui’s film ‘Sangeen’ has landed in a legal soup. A legal notice was sent to Golden Era Films, Onkarjit Singh and Gurjit Singh, the producers of this film followed by filing of a case and notice of motion for stay on the film bearing registration numbers 385/2022 and 1913/2022 before the City Civil Court, Dindoshi.
The case has been filed and handled by the law firm LAWKHART LEGAL Advocate Raghavendra Mehrotra and Advocate Nitish Mawkin on behalf of Y-Star Films Pvt. Ltd., a Mumbai based production house over the contractual dispute in respect of the film and for the act of breach of trust.
Speaking about the issue, Aditya Bharadwaj of Y-Star Films said, “We have sent the legal notice to the producers earlier and following that have filed a dispute case and notice of motion for stay on the film with respect to the film’s rights against them.”
The copy of the Legal Notice has also been sent to Producers Association IMPPA seeking for appropriate action and IMPPA considering the merit had also issued a show cause notice upon Golden Era Films.
Nawazuddin and his co-actor in the film Elnaaz were previously seen in Netflix original series Sacred Games and have reunited in this project. The film is directed by Jaideep Chopra. Earlier the poster of the Film was also shared by the actors on their social media account.
Tags : nawazuddin siddiqui Sangeen