Nawazuddin Siddiqui on working with female directors, "Female gaze is kinder and sensitive" 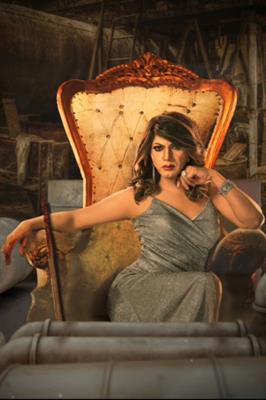 Nawazuddin Siddiqui’s body of work has proved his penchant as a versatile Actor. With every new project, Nawazuddin Siddiqui tries to do something very different and Dynamic.
Recently, the actor started working on a film titled ‘Haddi’ in which he’ll be seen portraying a transgender. The first look of his character from the film was released recently and in a conversation with a leading portal, Nawaz shared his experiences of working with female directors. Nawaz then went on point out some differences between male and female filmmakers.
Nawazuddin Siddiqui rose to fame with 'Peepli Live' with director Anusha Rizvi, He has worked with Director Debamitra Biswal for Motichoor Chaknachoor , Nawazuddin Siddiqui has taken on a very Challenging role of prolific writer Manto in Nandita Das's directorial venture.
He has  also worked with Zoya Akhtar in Bombay Talkies,  An anthology of four short stories that describe how films have an influence on the lives of people from various strata of society. Nawazuddin has also worked on Talaash with Reema Kagti in which he got amazing reviews for his stunning performance.
He stated, “I have worked with many renowned female directors and that helped me a great deal. I realised that women look at the world differently, They  are far more compassionate and they see beauty in everything. For most men, it’s often about power and control. That also reflects in our relationships. Men tend to be more territorial and unko adhikaar jatana hai, auraton par bhi. The female gaze is kinder and sensitive. I am trying to get that POV (point of view) right.”
Meanwhile, on the work front, Nawaz has an interesting lineup of films which includes ‘Tiku Weds Sheru’, ‘Noorani Chehra’, and ‘Adbhut’ among others.
Tags : nawazuddin siddiqui