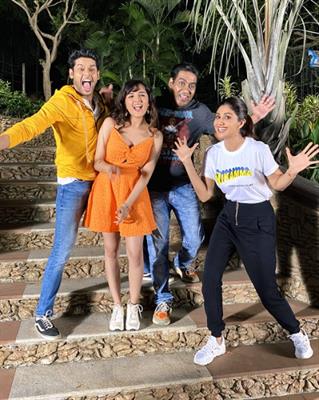 The action entertainer 'Nikamma' is now all set to entertain the audience with its wholesome package of action, romance, and explosive entertainment on the silver screen. The film is from the director of the original ‘Heropanti’ and ‘Baaghi’ and a film to watch out for this summer.

Director Sabbir Khan is happy that the film is releasing in the theatres, he says, “The whole team has been waiting very patiently for the times to be right for the world and I am just happy to see our film finally getting a theatrical release, which is what the film was conceived for. The fresh new pairing of Abhimanyu and Shirley will surprise everyone, with Shilpa in a totally different avatar. I hope that the audiences will show the same love for Abhi and Shirley as they had done for Tiger and Kriti in their debut ‘Heropanti’."

After the internationally acclaimed debut with Mard Ko Dard Nahi Hota and the impressive performance in his first digital film Meenakshi Sundareshwar, Abhimanyu ventures onto the big screen with Nikamma. Yielding fruits to the long wait through the pandemic, Abhimanyu reveals, "They say good things take time, I believe the same when it comes to 'Nikamma'. Working on this film has been an adventure I'm glad we chose to wait for a theatrical release for it. ‘Nikamma’ is a total family entertainer that is best enjoyed in a community viewing experience of a theatre with popcorn and samosas."

The girl next door Shirley Setia who has already charmed the audiences with her music is ecstatic to mark her first major theatrical release. She says, "I have been waiting for this day to arrive and I am elated and thankful for our makers to make this happen and at the right time. I hope that my fans support us with all their love, as they have always done till now." 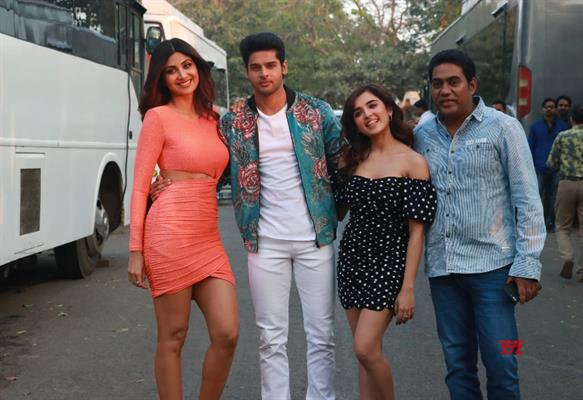 Shilpa Shetty says, “I am glad our film 'Nikamma' has a release date set and I cannot wait for audiences to see me in another avatar. As an actress, it is great to be back in the theatres after a hiatus of 15 years. It's the first film I said yes to after my sabbatical, and I was convinced by Sabbir’s grasp on the craft and the unusual and exciting part he had to offer. Avni has been one of my most challenging roles yet, but also a part I enjoyed playing to the hilt. Can’t wait for people to enjoy ‘Nikamma’ in the theatres.”

Nikamma' promises to unfold the different facets of Abhimanyu's versatility, while marking Shirley Setia's first theatrical release. Bringing back Shilpa Shetty to the silver screen after a long time, the film is a treat for audiences across all spectrums.

‘Nikamma’ is produced by Sony Pictures Films India and Sabbir Khan Films, and will release on 17th June 2022.*