Not Reachable is a crime thriller film releasing on September 9 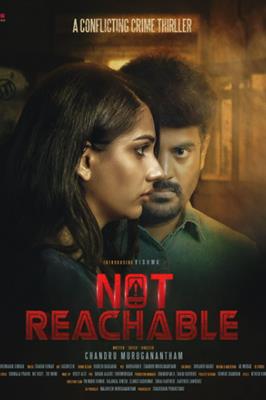 While there are many crime thriller films, ``Not Reachable'' is different in terms of screenplay, plot and characterization.
You will never guess what is going to happen next and the plot structure will keep you on the edge of your seat.  ``Not Reachable'' is a crime thriller film written and directed by debutant Chanduru Muruganantham, who has worked as an assistant director in the past and directed several short films.
Produced by Crackbrain Productions, the film.  Debutant Vishwa Sreedharan and Sai Danya play the lead roles.  It also stars Vijayan, Subha, Kadhal Saravanan, Birla Bose, Sharmila and Sai Rohini in lead roles.
Music by Charan Kumar and cinematography by Sukumaran Sundar. Director  Chanduru  said, "The screenplay is unique and the reason for the murder is undoubtedly new ground".

The paradoxical crime thriller "Not Reachable" will hit the theaters from September 9, 2022, the team has announced.