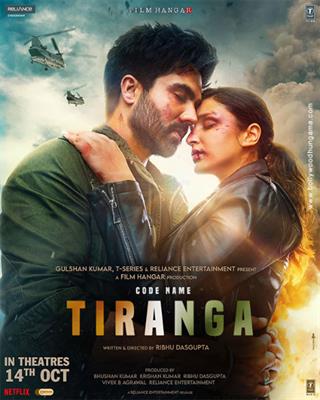 Touted to be one of the best espionage action thrillers of the year, the trailer of Code Name: Tiranga was launched today and it witnesses a combination of both, actions and emotions!
Parineeti Chopra, who is playing a RAW agent and is on fearless mission for the country, is also seen doing a lot of hand-to-hand combat as well as stylized action sequences.
Extensively shot in Turkey, the film also stars Harrdy Sandhu as the male lead who portrays a doctor in the film. The film will also bring together actors like Sharad Kelkar, Rajit Kapur, Dibyendu Bhattacharya, Shishir Sharma, Sabyasachi Chakraborty and Deesh Mariwala.