Pathaan : Here are the cuts ordered by CBFC to the film and Besharam Rang 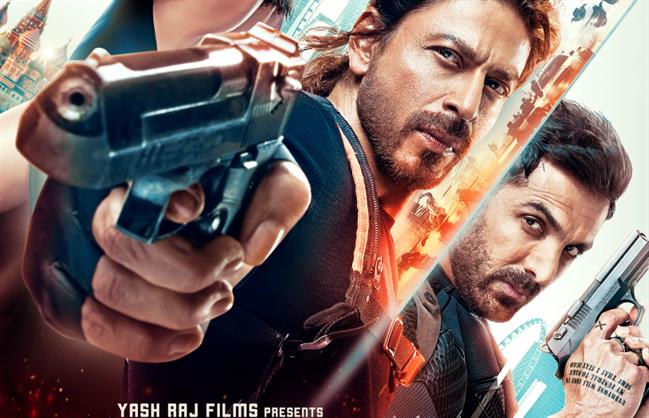 Shah Rukh Khan and Deepika Padukone's Pathaan has been recommended numerous cuts by the Central Board of Film Certification (CBFC). While there have been suggestions for changes to some dialogues and shots, it looks like Deepika Padukone’s controversial orange bikini might still be seen in the action film
From asking to replace RAW with Hamare to suggesting omitting sensual moves in Besharam Rang, Shah Rukh Khan’s Pathaan received more than 10 cuts from the Central Board of Film Certification (CBFC).

In Besharam Rang Song, close up shots of buttocks, ‘side pose shots and visuals of sensuous dance movements during the lyrics 'Bahut tang kiya' have to be replaced with 'suitable shots'.
Tags : Shah Rukh Khan Deepika Padukone pathaan