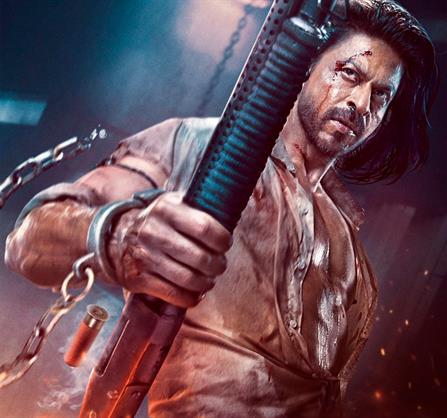 Shah Rukh Khan will mark his return to the big screen after almost 5 years. With Pathaan, he reunites with Deepika Padukone. John Abraham plays the antagonist in the spy thriller.

Shah Rukh caused traffic to stop at Bandstand by making an appearance outside his bungalow, Mannat. SRK came to the balcony of Mannat to greet a sea of fans who were cheering for him and Pathaan. Shah Rukh thanked his fans for the love with his signature aadab and kisses. Sharing a video on social media, he lit up the internet.