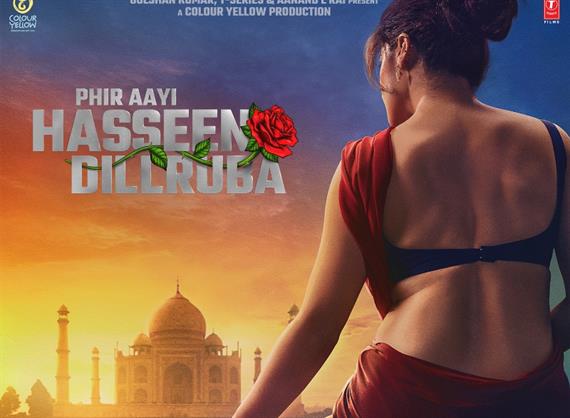 After the fun banter of Aanand L Rai, Taapsee Pannu & Kanika Dhillon on social media, fans were curious & excited at the same time to see what’s next. The first chapter of the film was a grand success & the audience couldn't stop buzzing about the film on social media. The makers have ended the curiosity & the dropped the first official poster of the sequel & we cannot take our eyes off.
Taapsee’s sensual look in this poster has amped up the excitement among fans keeping them guess what is the storyline going to be about? The actress is looking drop dead gorgeous against the symbol of love, Taj Mahal’s  backdrop.
Haseen Dillruba strikes the third collaboration between Color Yellow Productions, Taapsee Pannu, co-producer & writer Kanika Dhillon after the super success of Manmarziyaan & Haseen Dillruba. Producer Bhushan Kumar joins the trio for this gripping story which will keep the audience hooked till the end.