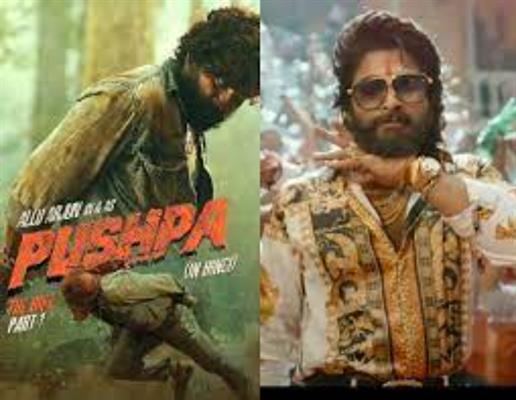 Pushpa – The Rise – the original Telugu version trailer has taken the internet by storm and within the ongoing storm Ajay Devgn launched the trailer of Allu Arjun’s highly awaited Hindi debut – Pushpa The Rise.

Ajay Devgn was in all praise for Allu Arjun

Ajay Devgn was in all praise and took to his social media handle and tagged the trailer as 'most powerful' and wished Allu good luck for the film.

As a reply for Ajay's tweet Allu replied, "Thank you very much Ajay Ji ! Very nice of you to Launch #Pushpa Trailer . Very humbled by gesture . Looking forward to see you in #RRR."

Produced by Mythri Movie Makers in association with Muttamsetty Media, the film stars Allu Arjun in lead marking his Hindi Debut and Fahadh Faasil – in his Telugu debut.

The film's music is composed by Devi Sri Prasad, with cinematography and editing performed by Miroslaw Kuba Brozek and Karthika Srinivas respectively. The film is scheduled to release on 17 December 2021 in Telugu along with dubbed versions in Malayalam, Tamil, Kannada, and Hindi language