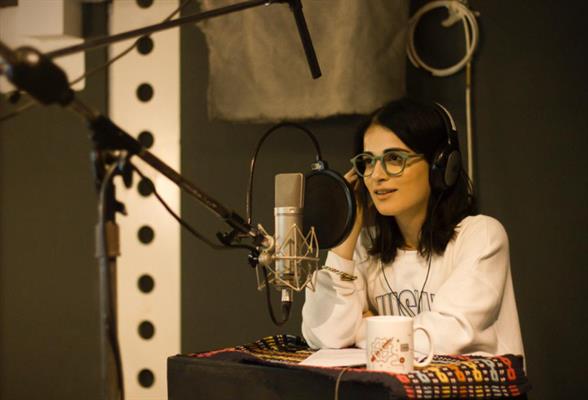 After delivering stellar performances in Shiddat and Angrezi Medium, Radhika Madan is making cinemagoers wonder what her upcoming film Sanaa has in store for them. The versatile actor has now kicked off its dubbing.
Her upcoming movie is a relationship drama that revolves around a headstrong and ambitious woman (Radhika) who is fighting an internal battle caused by unresolved trauma. Given that the Shiddat star has shone through the latest spell of her career, it will be exciting to witness her lead the narrative in the relationship drama produced, directed and written by Sudhanshu Saria.
Sudhanshu Saria says, “I'm thrilled that we're closer to offering Sanaa to the audience now that we've kicked off the dubbing. Collaborating with Radhika, who perceives cinema the way I do has been fulfilling, fun and creatively enriching. She went to lengths to embody Sanaa to the best of her calibre. I'll always remember her looking determined to be this feisty girl on a journey to heal. I can't imagine any other actor bringing out what she has in Sanaa."
Radhika Madan says, "It's been exciting going back to this character and finding my voice for Sanaa again. Sudhanshu's storytelling aesthetics are exceptional and dubbing for his directorial is allowing me to relive the magical experience of shooting for it. Sanaa truly is going to be an unforgettable part of my journey as an actor."
Produced by Four Line Entertainment, directed and written by Sudhanshu Saria, 'Sanaa' stars Radhika Madan, Pooja Bhatt, Shikha Talsania and Sohum Shah. Saria was announced as the director of the espionage thriller, 'Ulajh', with Junglee Pictures. He is also writing, co-directing and show-running, a young adult series for Amazon Prime, and he is co-producing and writing 'Delhi Crime Season 3' for Netflix.
Tags : Sudhanshu Saria Sanaa Radhika Madan