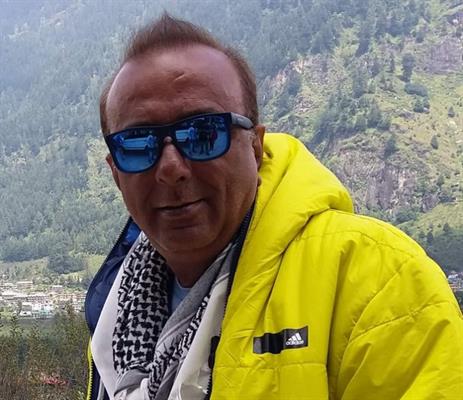 In a unique development, passionate filmmaker Apoorva Vyas has announced a heart whelming international film “Father On Sale” starring Rajpal Naurang Yadav which is set in the backdrop of London and being made in Hindi/English languages.

Speaking about his upcoming film, Apoorva Vyas states, ”Father On Sale is the story of a father, the head of the family who is a mirror image of sacrifice.  The story and screenplay has all the commercial abilities with a well-defined mass appeal that will enhance the narrative of this film. It is a universal moving subject and I am sure every father across the globe will easily connect with it.”

“Moreover, this film ‘Father on Sale’ is also dedicated to the evergreen and the charismatic face of Indian cinema – Dev Anand who ruled in his career span of six decades with millions of fan-following and admirers. I too am a die-hard fan of his and this film is a tribute to this notable and impressive actor, producer, director and a writer who was also a good human being.  He was also a discoverer of innumerable talents in his times. All his films had enduring and melodious music too. This film will be a treat to all those movie buff and a thrilling roller-coaster ride down his memory lane too,” adds the energetic writer-director.

Rajpal Naurang Yadav plays the main protagonist and is also ably supported by Manoj Pahwa and Hemant Pandey in key roles. Other Indian actors including a new girl are also under finalization. The film will also feature British actors in its ensemble of cast.

Hollywood cinematographer Wood Brothers are being roped as the director of photography.

An Indo-British collaboration; the film is being made under the banner of Signature Cinema Makers and Indian  Global Entertainment. The UK producers are Kay Ajula and Jas Jutla. A 60-day shooting schedule will be held in the exotic and picturesque locales of London and other places in UK from August 25 this year.

This isn’t Apoorva Vyas’s first brush with filmmaking. Hailing from an illustrious filmi-background, he was a topper at the Royal Academy of Art and Drama (RADA) -the London Film School Academy, from where he learnt the craft and skills. Apart from regional feature films, he had also added to his repertoire few award-winning short films and ad commercials.